Aggregation and analysis of collective social actions has only become possible in recent years but has already been exploited by a number of researchers to identify patterns in human behaviour within downloaded databases of social activity.

Cranshaw et al. (2012) identified that people’s activity patterns could be analysed in order to generate a new model of “municipal organizational units” (Cranshaw et al., 2012). These livehoods – unlike traditionally established neighbourhoods – are dynamic definitions that change, they represent how people really perceive a city today, not the outdated opinion of the original cartographers. 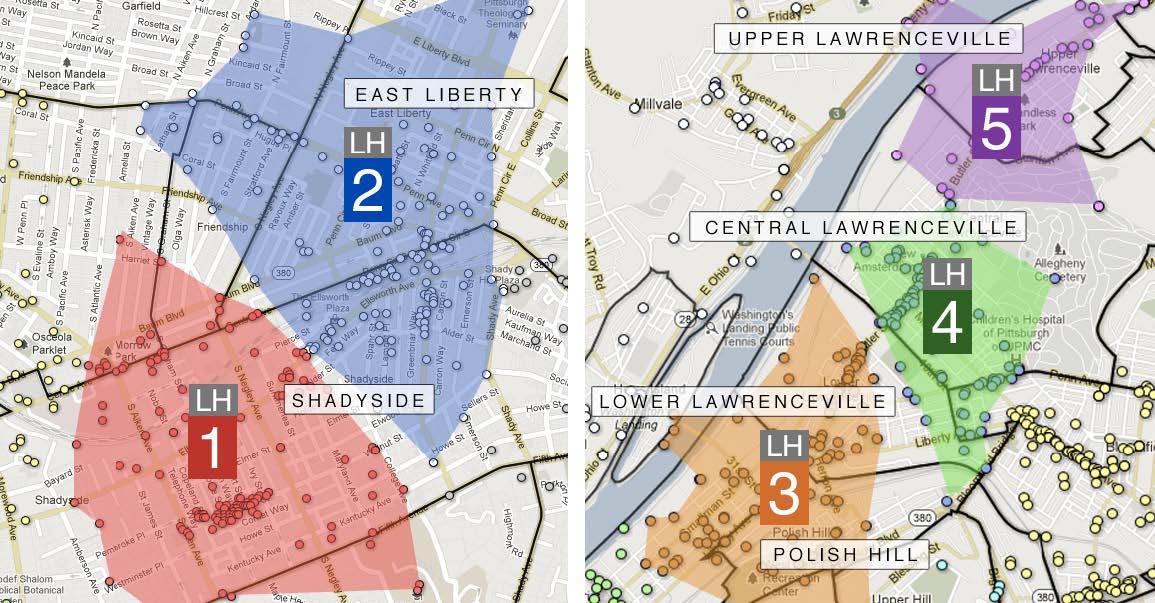 Cranshaw’s livehoods are defined based upon clusters of check-ins on Foursquare – a location based social network. Foursquare’s users opt to publically check-in to places so their friends and followers can see where they are and where they’ve been, this leaves a trail of geolocated flags. Cranshaw et al. downloaded a data set of all check-ins for the city of Pittsburgh then grouped the data into clusters which defined characteristic areas (see Figure 1 & Figure 2).

Figure 2 – Livehoods – The municipal borders (in black) and Livehoods for South Side Pittsburgh (Cranshaw et al., 2012)

Twitter is a social media platform that enables anyone to create an account to read or post public messages. The content of these messages – or tweets as Twitter messages are known – vary greatly, often it is used by companies to advertise their products and engage with their users but it’s also used by general people to discuss their daily activities. While the individual messages themselves are rarely of interest to academics the vast quantity of messages mean trends and patterns can be identified. 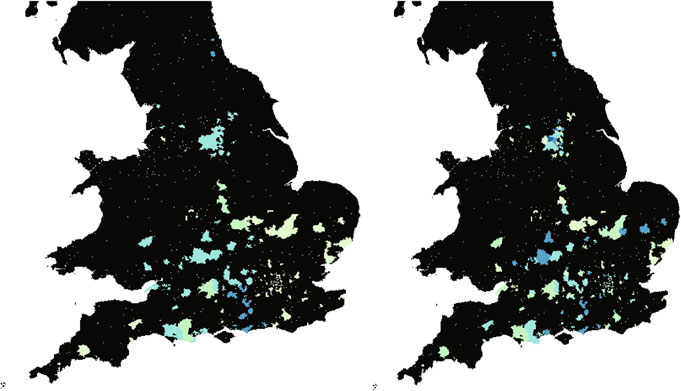 Figure 3 –Data for 6 January 2010 12Z, the map on the left shows postcode sectors where there is snow on the ground using Meteorological Office data. The map on the right shows the #uksnow counts from Twitter. (Grey et al., 2015)

In 2010 during a prolonged period of snowfall Twitter users began tweeting – the verb for sending a tweet – about the level of snow in their area. By collecting tweets that mentioned the first part of their postcode and a rating from 0 to 10 for the level of snow Marsh (2011) was able to create an interface to map snowfall across the UK (see Figure 3).

Researchers at the Centre for Advanced Spatial Analysis (CASA) at UCL have developed a number of experiments and toolkits which exploit social media data (Grey et al., 2015) one of their early experiments – Tweet-o-Meter (CASA, no date) – involved measuring the number of messages posted to Twitter in eight cities every minute in real time (see Figure 4). 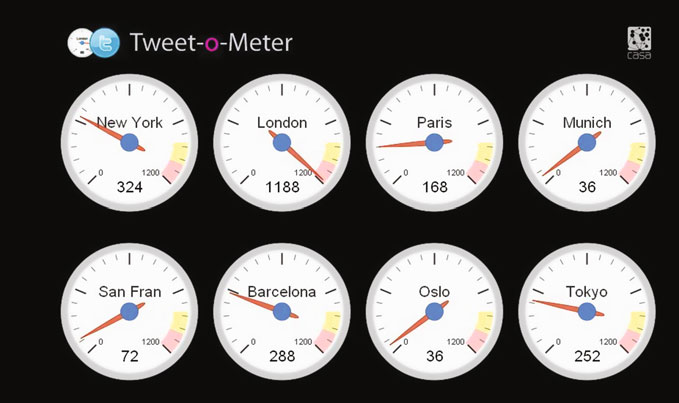 This is made possible by Twitter’s public Application Programming Interface (API), which enables researchers to retrieve the latest tweets in a format suitable for computer applications to read. It also enables the researcher to restrict the returned data set. For example, you may only want tweets mentioning a certain topic, or in the case of the CASA’s Tweet-o-meter research to have the results restricted to only geolocated messages less than 30km from the centre of London. Geolocation of tweets is optional but many users choose to enable the feature on their mobile phones, particularly when talking about places they’ve been. Twitter then use the phone’s GPS to record the latitude and longitude.

Chesire & Manley (2013) used the Twitter API to collect over ten million tweets geolocated within 30km of London over 3 years and then determined the language of each by running them through the Google Translate API. The resulting map (see Figure 5 & Figure 6) shows the cultural diversity of London. 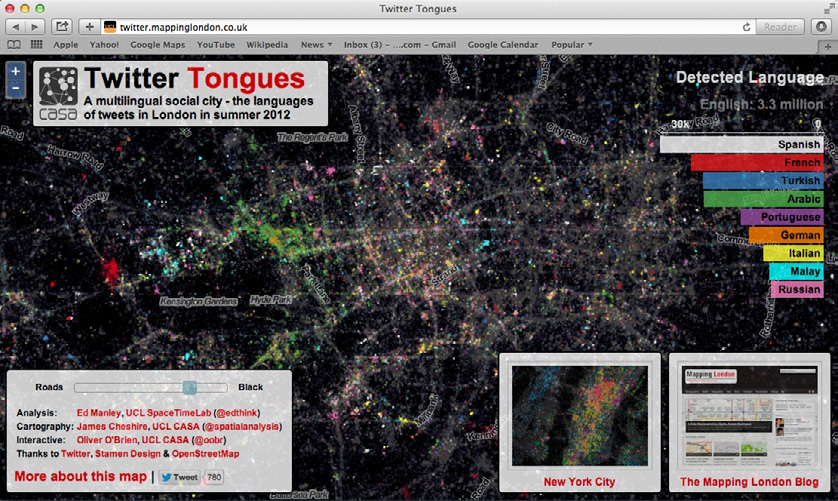 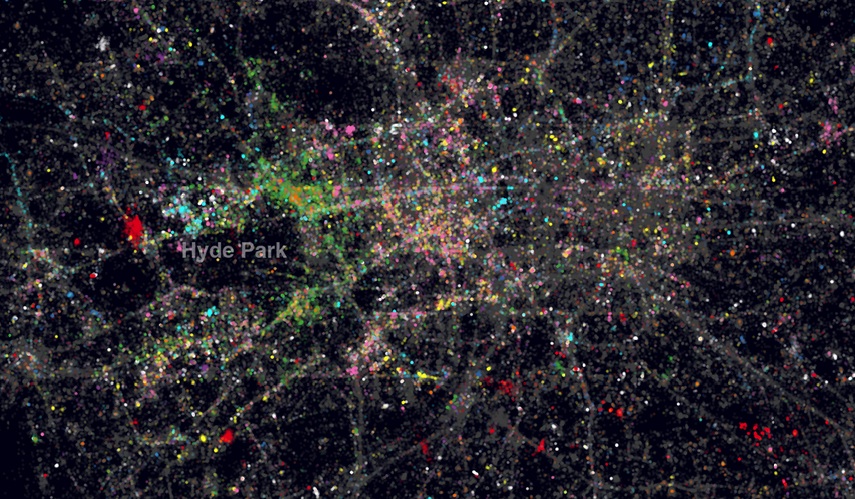 Figure 6 – The spatial density of tweets in London tweets by language where the grey foundation of the map is formed from the majority of tweets in English. Other nationalities represented by colours (Batty et al., 2013)

Figure 7 – New Media: The spatial distribution of tweets tagged to a 3d model of London, varying over 15 hours from 3500 tweets: buildings grow in proportion to the 'data' they generate

Hugel & Roumpani (2013) – of CASA, published in Batty & Hudson-Smith (2014) – present a method of associating tweets with specific buildings which they then visualise in 3d (see Figure 7) to show the volume of tweets across the city throughout a single day. 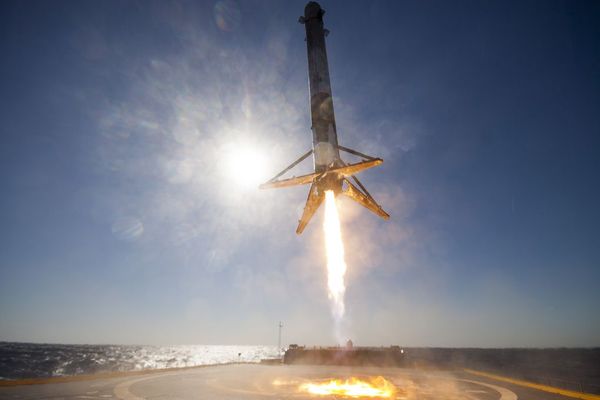 I've spoken before on this blog about SpaceX and the modern space race, well, this week SpaceX finally landed the first stage booster of their Falcon 9 rocket on a