The aim of space syntax – an avenue of research into the relationship between human societies and spatial layout (Bafna, 2003) which has been explored since the late 70s – is to describe the configuration of inhabited spaces including buildings and settlements. A number of syntactical descriptions have been used such as the convex map, axial map, isovists or visibility polygons (see Figure 1), many of these are built upon or have their roots in graph theory but rarely has graph theory been used in its purest form. 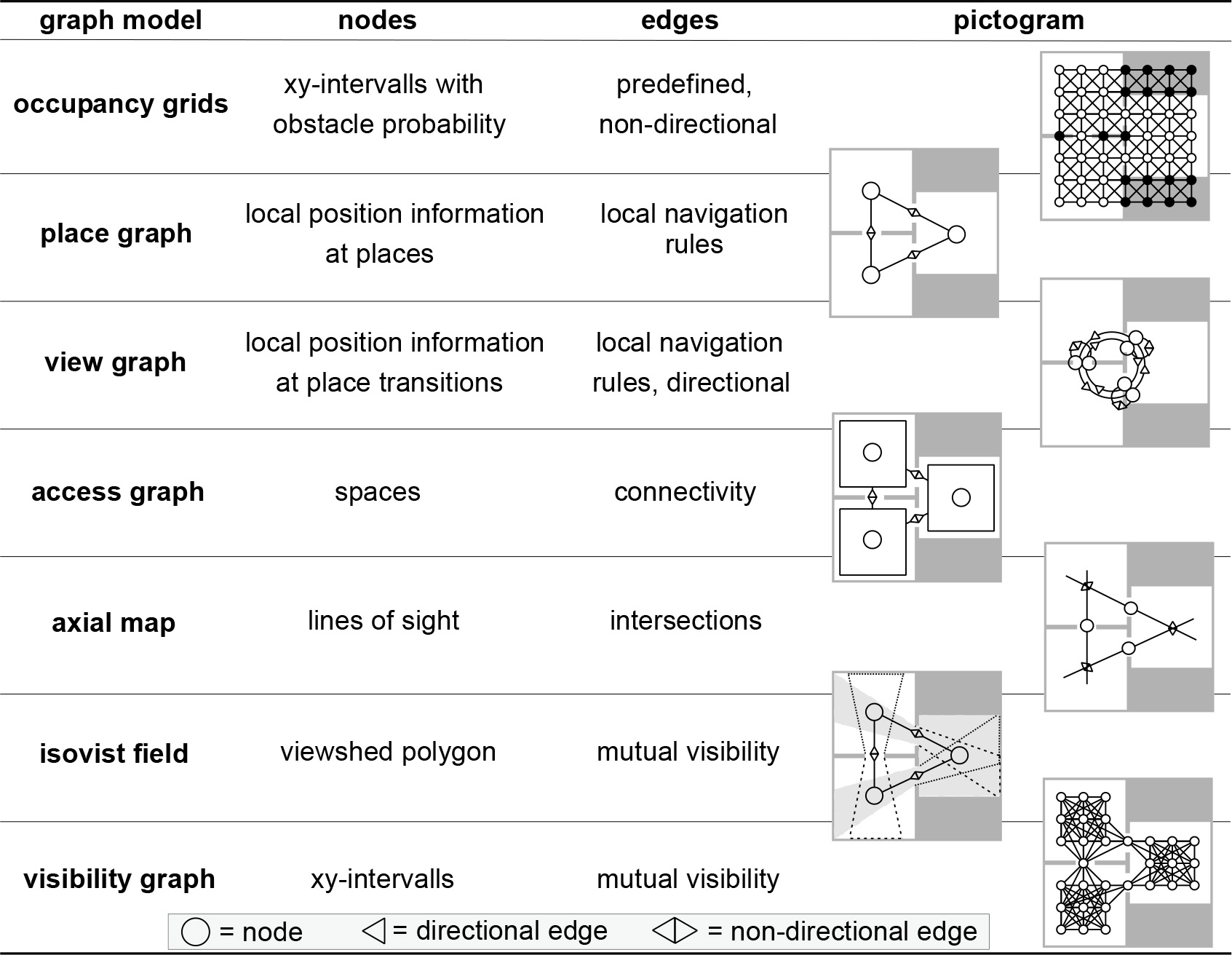 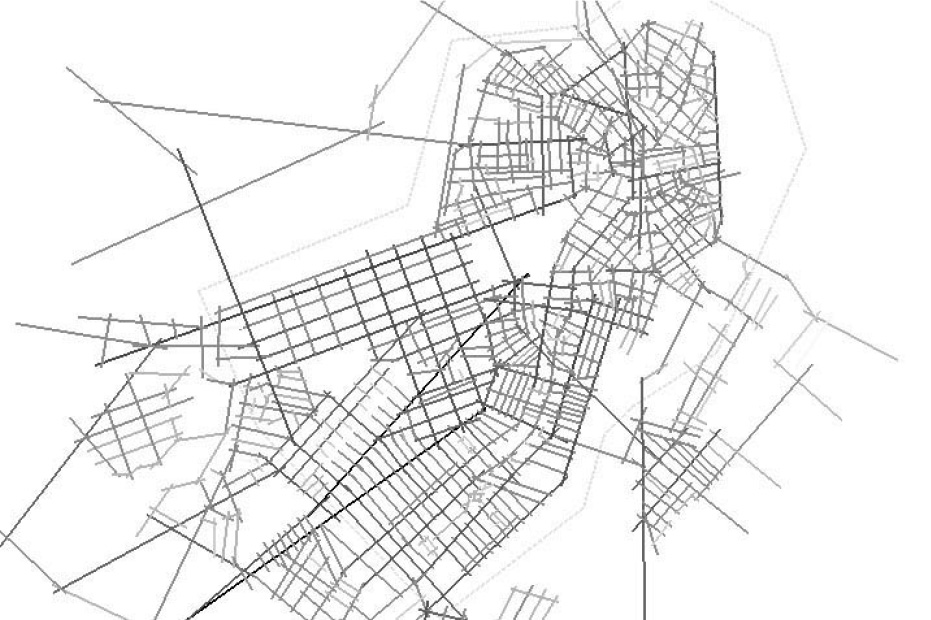 Works within the field of Space Syntax of note include Dalton & Bafna (2003) who attempt to redefine Lynch’s (1960) theory of legibility of the city with space syntactical representations including the isovist and axial line (see Figure 2). Their conclusion “all imageable cities must be intelligible, but all intelligible cities need not be imageable” (Dalton & Bafna, 2003) suggests that more cities are capable of being comprehended through space syntax than are able to be defined by imageability. This works in favour of this research which is interested in the intelligibility of cities. 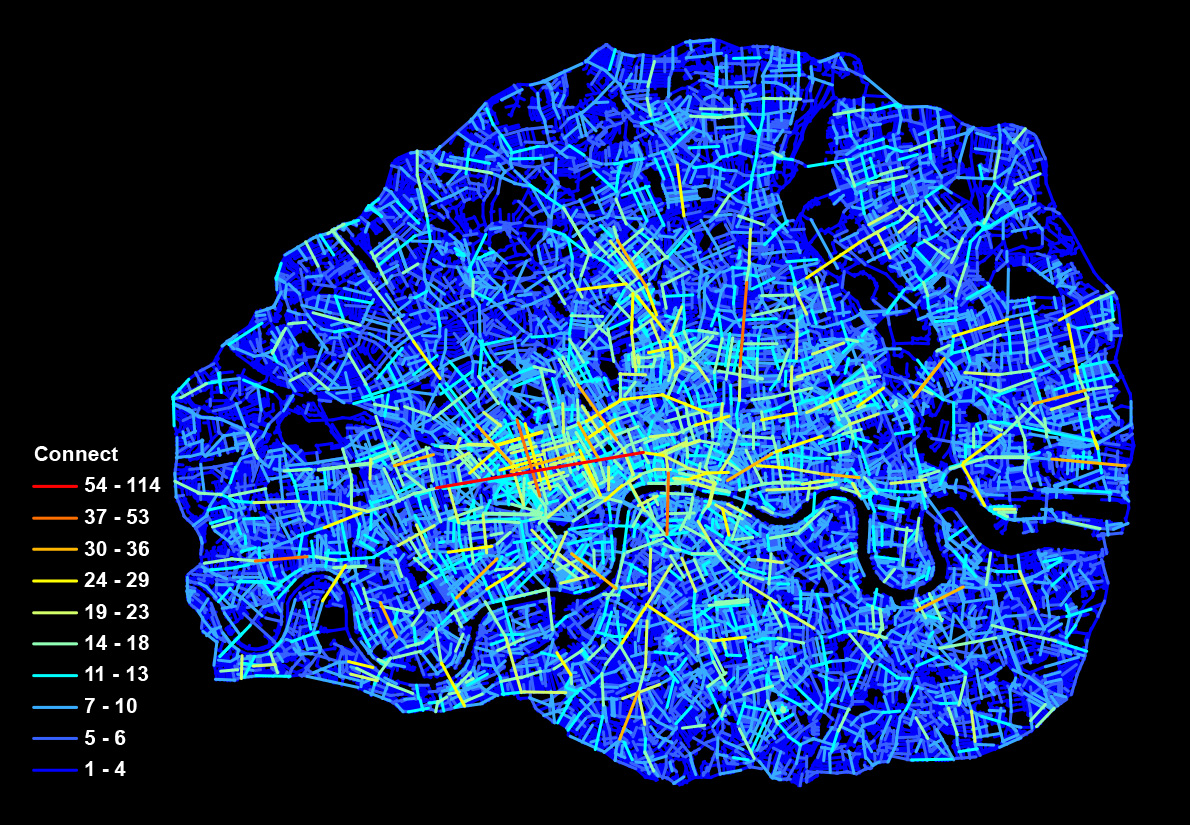 Ten hierarchical levels for the London open space represented by the axial line; the reddish lines constitute a part of the London mental map (Jiang, 2012)

Jiang (2012) builds upon Dalton & Bafna’s work by creating an algorithmic method for the derivation of the image of the city (see Figure 3). He concludes that his algorithm defines a new era for imageability, previously studies were qualitative but now, due to availability and depth of geospatial databases, we are able to quantitatively image the city.

References:
Bafna, S. (2003). SPACE SYNTAX A brief introduction to its logic and analytical techniques. Environment and Behavior, 35(1), 17-29.
Dalton, R., & Bafna, S. (2003). The syntactical image of the city: a reciprocal definition of spatial elements and spatial syntaxes.
Franz, G., Mallot, H., Wiener, J., & Neurowissenschaft, K. (2005, August). Graph-based models of space in architecture and cognitive science-a comparative analysis. In Proceedings of the 17th International Conference on Systems Research, Informatics and Cybernetics (Vol. 3038).
Jiang, B. (2012, June). Computing the image of the city. In Proceedings of the 7th International Conference on Informatics and Urban and Regional Planning (pp. 111-121).
Lynch, K. (1960). The image of the city (Vol. 11). MIT press. 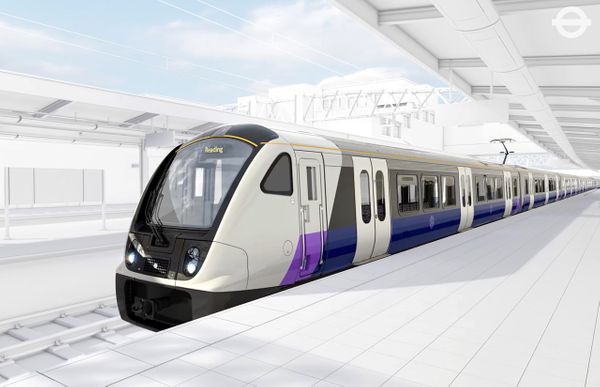 Crossrail has unveiled the design for the trains to run on the Crossrail network when it's completed in 2017. They will be built by Bombardier in Derby to ensuring jobs